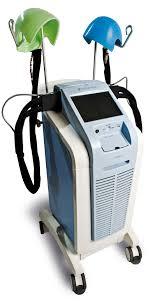 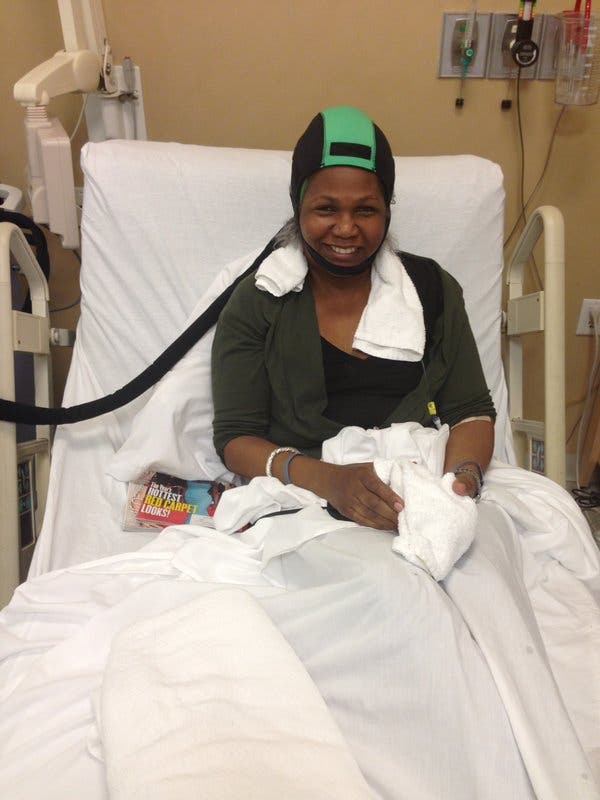 Hair loss has long been considered an inevitable part of chemotherapy, and one of the most emotionally devastating aspects of cancer treatment. But advances in scalp-cooling technology, widely used in Europe to help chemotherapy patients keep their hair, may help the practice gain ground in the United States.

Two studies published Tuesday in JAMA — one from the University of California, San Francisco, and one from Baylor College of Medicine in Houston — confirmed that women with early-stage breast cancer who underwent scalp-cooling treatments were significantly more likely to keep at least some of their hair throughout chemotherapy.

“We have this huge growing population of breast cancer survivors, and many of them are very traumatized by their treatment,” said Dr. Hope S. Rugo, the director of breast oncology and clinical trials education at the U.C.S.F. Helen Diller Family Comprehensive Cancer Center and lead investigator of one of the studies. “We’re working on all sorts of areas to try to limit that impact, and one is scalp cooling.”

In both of the new studies, each carried out at multiple medical centers, researchers used similar automated cooling systems, in which a tightly fitted cap is placed on the patient’s head before and during each chemotherapy session and for at least 90 minutes afterward. An attached machine circulates a liquid coolant through the cap.

From the team at NYT Parenting: Get the latest news and guidance for parents. We'll celebrate the little parenting moments that mean a lot — and share stories that matter to families.

The continual cooling constricts blood vessels in the scalp, reducing blood flow to the area, and slows the metabolism of hair follicle cells, limiting the effects of chemotherapy on hair. The technology offers advantages over earlier incarnations of cooling caps, which were not connected to a cooling machine and typically required the use of several caps that needed to be kept frozen and manually switched out every half-hour during chemotherapy sessions.

Patients, mostly women, report that the caps are generally well tolerated, with minimal adverse effects. Most said they aren’t bothered by the cold once the cap has been on for several minutes.

Over all, more than half of the women with early-stage breast cancer who wore cooling caps kept at least half their hair, and about 5 percent kept all their hair. Hair retention varied depending on the types and duration of cancer drugs used, and it did not work for everyone.

In the U.C.S.F. study, involving 122 women with stage 1 or stage 2 breast cancer, the women used a device called DigniCap, made by the Swedish company Dignitana, which partially funded the study. The device received clearance from the Food and Drug Administration in December of 2015 and is currently the only F.D.A.-cleared scalp-cooling system. Five percent of patients who wore the cap had no hair loss, and 36 percent lost 25 percent or less of their hair by the end of their adjuvant chemotherapy. The women who did not receive scalp-cooling treatment lost most or all of their hair.

Nicolas Cage on Acting, Philosophy and Searching for the Holy Grail

In the second study, from Baylor, researchers evaluated 142 women with stage 1 or stage 2 breast cancer who were receiving a broader range of chemotherapy. The women in the scalp-cooling group used a device created in England called the Paxman Scalp Cooling System, which is awaiting F.D.A. clearance, with similar results. 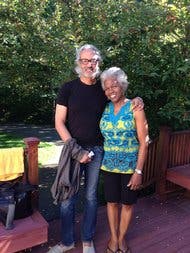 In the study, which was partially funded by Paxman, 50 percent of women who had access to the scalp-cooling device retained more than 50 percent of their hair, “so it was quite effective,” said Dr. Julie Nangia, an assistant professor of medicine at Baylor and the study’s lead author.

Researchers in both studies noted that the scalp-cooling technique is more effective for patients who are receiving certain types of chemotherapy that do not incorporate a cancer drug called anthracycline. Scalp cooling is used only in patients with solid tumors, including breast cancer, and may not be appropriate for patients with blood cancers.

Although the studies included only patients with early-stage cancers, Dr. Rugo said she recommends scalp cooling to her patients with more advanced cancers.

Stephanie Wells, an English professor who has been using the DigniCap while undergoing chemotherapy for stage 1 breast cancer at U.C.S.F., said she was surprised by how meaningful it has been for her to keep her hair. When her oncologist mentioned scalp cooling as an option, her first thought was: “That’s so frivolous; let’s work on saving my life, not my hair.” But she quickly changed her mind. “I feel like something as simple as recognizing yourself in the mirror could be centering at this time,” providing a much needed sense of control.

Seeing someone lose their hair makes others “think they’re sicker than they actually are,” said Donna Tookes, a flight attendant and breast cancer survivor who wore the DigniCap while being treated at Mount Sinai Beth Israel in New York City. “That I kept my hair, and I still looked the same, psychologically I felt better.”

Still, the devices are not widely available in the United States, and treatment is costly. About 50 medical centers across 17 states have the DigniCap. The technique costs between $1,500 to $3,000 per patient and is not covered by most insurance.

One nonprofit organization called HairToStay offers subsidies for scalp cooling to patients who can’t afford it. “It’s not right to have someone sitting in an infusion center with a cap and someone next to them not able to put a cap on — that’s an uneven playing field,” said Bethany Hornthal, the group’s co-founder and executive director.

She and the study researchers recognize that not every patient may want scalp-cooling treatment — just as not every patient chooses to wear a wig or have reconstructive breast surgery — but they would like every woman to have the option.

“There is a small percentage of women that will decline chemotherapy because they don’t want to lose their hair,” Dr. Nangia said. They “are at a higher risk for relapse and if the cancer comes back, we can’t cure it.”